Oooh exciting stuff.  This is my first ever blog tour and even more exciting, I am proud to be part of Avon Books first ever audio tour.  Thank you so much to Lauren at Avon Books for inviting me to take part in this.  While we’re on firsts, this is my first ever audio book too and what better way to set out on a new adventure than with a book which has already seen huge success in its e-book format.  Much as I have wanted to, I just haven’t had time to get around to reading the e-book so its all completely new to me.

So without further ado I close this audio tour with my review of Sleep by C L Taylor, do take some time out to read the other bloggers reviews too. Seven guests. Seven secrets. One killer. Do you dare to SLEEP?

All Anna wants is to be able to sleep. But crushing insomnia, terrifying night terrors and memories of that terrible night are making it impossible. If only she didn’t feel so guilty…

To escape her past, Anna takes a job at a hotel on the remote Scottish island of Rum, but when seven guests join her, what started as a retreat from the world turns into a deadly nightmare.

Each of the guests have a secret, but one of them is lying – about who they are and why they’re on the island. There’s a murderer staying in the Bay View hotel. And they’ve set their sights on Anna.

So as I said this is my first ever audio book.  It did take a little bit of getting used to.  As this is all new to me I was a little taken aback when the narrator used a deeper voice for the male characters.  I appreciate where an audio book is concerned the narrator is going to have to use very different voices for each character in order that the listener can distinguish between them but even so I don’t think this is something I could ever quite get used to.

It was a good story with twists and turns that kept me guessing all through the book.  The story is told from the point of view of Anna.  After being the driver of a vehicle carrying work colleagues and involved in a fatal collision, she struggles to escape the terrible guilt she feels that even though the accident was not her fault one passenger died and another has suffered life altering injuries.  She can’t help but feel responsible.

As she struggles along, finding it difficult to sleep and suffering nightmares and flashbacks from the accident, Anna’s relationship with her partner Alex starts to suffer.  She decides to take a job in a hotel on a remote island in Scotland , the Isle of Rum, in the hope that she might leave her troubles behind.

Anna’s new job gets off to a reasonable start until the odd assortment of visitors turn up for a walking holiday.  They all have their odd little idiosyncrasies.  As time goes on Anna gets to know their stories and why they’re there, but are they telling the truth?  As things go missing and there are bumps in the night, Anna starts to wonder whether coming here was such a good idea.  She becomes increasingly concerned that some one is out to get her personally.

As tensions mount the narrator – Clare Corbett becomes ever more animated which makes the fear that Anna is feeling palpable   She gets to the stage where she cannot trust anyone in the hotel and with a storm raging outside, cut off from the mainland, the listener becomes completely engrossed in what is happening.

I ended up really enjoying both the book and the audio experience.  I won’t say any more about the story but suffice to say it’s a real who-dunnit or who might do it, with twists and surprises right through to the thrilling end.  I would definitely recommend this audio book as the narration fully enhances the story.  There are quite a number of characters involved, and Clare Corbett did an excellent job of distinguishing between them all, capturing their varying ages so that you always knew who was speaking. A really pleasing first time with an audio book.

The audio version is available on audiobooks.co.uk or with audible on Amazon

Thanks again to Lauren at Avon Books UK for a copy in exchange for an unbiased review.

C.L. Taylor is a Sunday Times bestselling author. Her psychological thrillers have sold over a million copies in the UK alone, been translated into over twenty languages, and optioned for television.  At the end of September Sleep won the Amazon Publishing Readers Award for best e-book 2019.  Congratulations to Cally (C L Taylor). 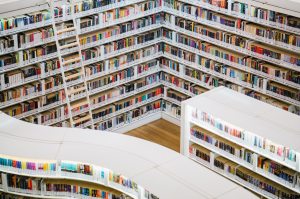